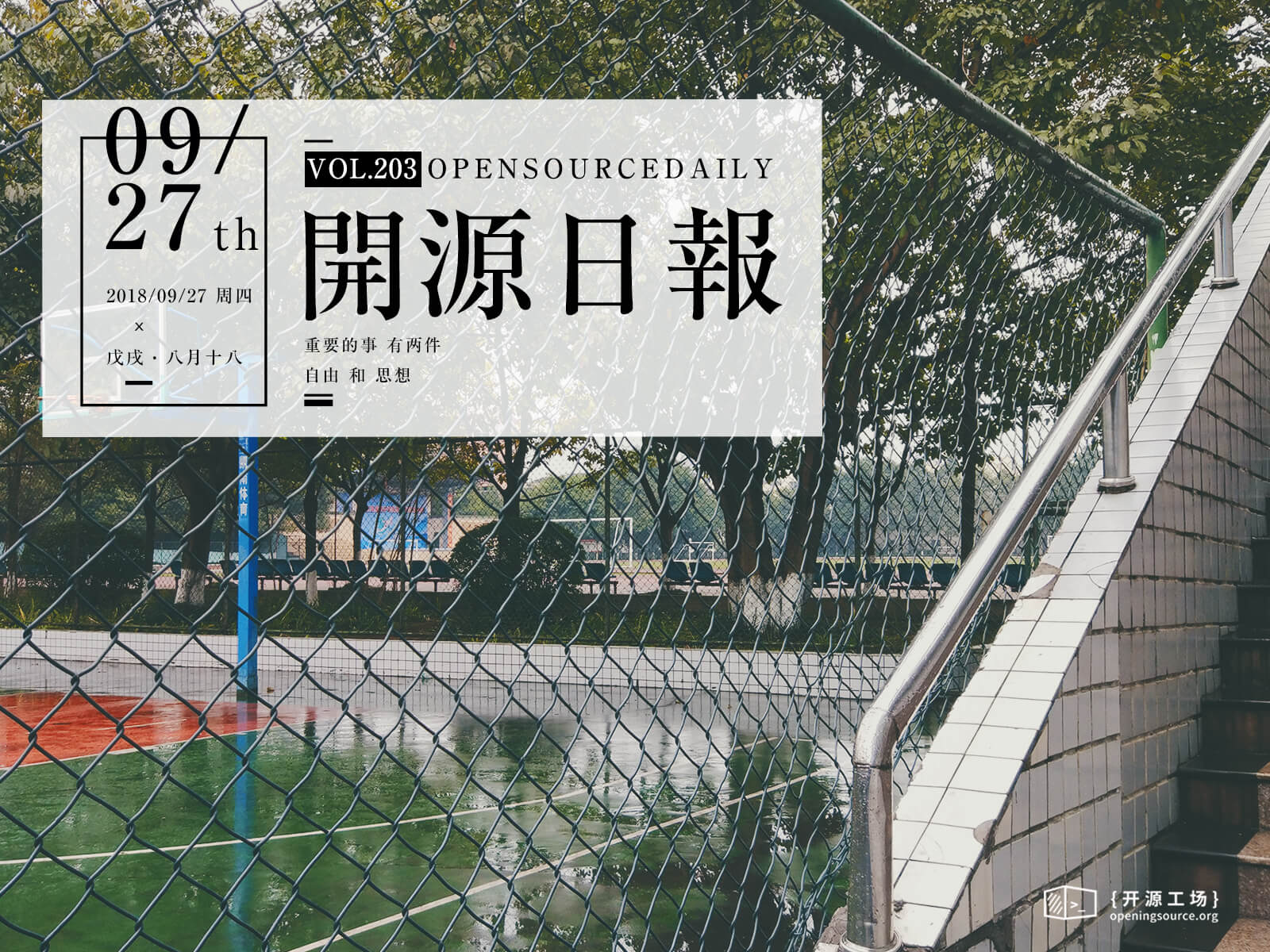 Minesweeper in TypeScript and React

One of the games that I occasionally play to relax is Minesweeper.

I have extensive experience with JavaScript front-end technologies starting from jQuery and nowadays Angular. Being open to new technologies I have tried React in few hello world projects. Implementing Minesweeper in TypeScript and React seemed like an interesting challenge and opportunity to learn more.

In this post I will try to explain how I did it and maybe encourage or learn you how to implement your clone of this or maybe some other game.

If you』re just interested in seeing the final solution visit or clone the GitHub repository or if you just want to play it click here.

You will need to have installed (or install) on your machine:

We will bootstrap the React project with using the option --script-version=react-script-ts that would instruct create-react-app to use Create React App (with TypeScript) configuration.

In my previous experience with Angular I find TypeScript a real joy to work. And having daily experience with statically typed languages (Java, Kotlin) I was not interested in using pure ES6. On the other side, learning and investing time in Flow was not worth it having a previous (great) experience with TypeScript. Read this great article to find out more about using TypeScript + React.

To start the application just execute:

One of the important steps in implementing any React application is how to brake down the UI in components and how to compose them. On the following image is the structure of the React components that we will need to implement for Minesweeper.

The final design was to brake down the game in three separate components:

Next create a directory components in your src directory and create a separate file for each of the listed components.

This is how an empty component should look like:

In React you can create components as class that extends the React.Componentclass or as functions (possibly arrow) for functional (stateless) components.

The game domain are the classes and data structures used to represent the state of the game.

The game Minesweeper is represented as two-dimensional array (matrix) of mines Array<Array<Mine>> or Mine[][]. Each Mine has:

It was really hard to get the naming right for the game domain, having to deal with mines/bombs, mine field as single field with mine or field of mines :).

The Game class represents the state of the Minesweeper game which is the two dimensional array of mines. Also it contains auxiliary fields for the count of total bombs and state if there is exploded bomb (game is finished).

The MineSquare is a functional (stateless) component. That means that it should render the property field: Mine and just propagate an event when interaction happens. It can not keep or mutate any state.

The Mine will be rendered as HTML button element since the click is the natural interaction for this HTML element. Depending on the state of the field: Mine we will render the different content inside the button element. The function renderField(field: Mine) does exactly that. So when the field is opened (user explored that field) it can be:

When the field is opened and flagged we render a flag icon.

The component propagates the mouse onClick event to indicate user interaction with this field.

In minesweeper there are two types of interaction user can have with a field, to explore it or to flag it as potential mine. Maybe better choice is to represent these with different events such as mouse left and right click. But because of a buggy behaviour of the right click, my final choice was to encode these two different events with only left click and a pressed state of a certain keyboard key (ctrl in my case).

This component is very simple, it should just render the two-dimensional array of mines as grid. Each row is grouped in a separate HTML container divelement and with CSS it is all aligned. To uniquely identify each row we can use the row index i as a React key property, and for each MineSquare component the key would be the combination of indices i and j (the current row and column).

The Timer is another stateless component responsible for rendering the elapsed seconds since the game started. To render the seconds in appropriate format 00:00 it uses a custom function secondsToString from our utility module named time.

Here is the implementation of the secondsToString function.

One of the known drawbacks of TypeScript and JavaScript language in general is the lack of powerful standard library. But instead of relying on myriad of external modules for simple functions such as leadZero or secondsToString I think it』s better to just implement them.

So far we have implemented the simple (stateless) components of the game. To make the game alive we need to implement initialization of new game state (new game action) and all possible modifications.

Most of the simple games are following some kind of game loop as shown in the image above. The users through the UI are having interactions with the game and are generating actions. Sometimes actions are generated automatically as the time passing, but in Minesweeper that is not the case. On each action, the state of the game is modified and then rendered back on the UI.

In the case of Minesweeper, the user can make three possible actions on not opened field (mine square):

and if the field is already opened the user can explore neighbours.

Generating new game state means initializing the two-dimensional array of Mine objects. Some of these mines need to be bombs and we make this decision by using pseudo-random number generator to implement sort of uniform distribution of a mine being a bomb. The BOMBS_PROBABILITY (by default 0.15 or 15%) is the probability of a mine having a bomb. While we create mines we generate a pseudo-random number using Math.random() which has generates a double with uniform distribution in the range of 0-0.99.

After we have initialized the game state with Array<Array<Mine>> we need to update the bombs count of all mines that are neighbouring a bomb. The function fillBombsCount does just that, by traversing all the neighbours of a mine and incrementing the bombs count for each neighbour that is a bomb.

The traverseNeighbours is the utility function that iterates all eight (top left, top, top right, left, right, bottom left, bottom, bottom right) of the neighbours of a given mine.

The function update is a generic function for updating the game state without modifying it. It iterates all of the game state mines and applies a function f that should apply the actual transformation for a mine. This function is used in all functions that need to update the game state in any way.

The function markMine is used for two user actions. The first action is when user wants to mark a mine field as a potential bomb. We do that, only when the current state of the field is not opened by updating the game state where we set that field as flagged and not opened. The second possible action for a user is to explore already opened field that has a count of bombs.

To explore open field is a potentially game ending action that needs to explore all neighbour fields of that field. The opened field that a user explores must have all its neighbour bombs flagged right. If a neighbour field that is a bomb is not flagged, the game ends.

To implement this function we use the generic traverseNeighbours and for each neighbour field that is not opened and not flagged:

Check if game is completed

On each state modifying action we need to check if the state of game has reached an end state. For the game Minesweeper that state is when all the fields are explored correctly. That means that a mine field that contains a bomb is flagged and otherwise it』s opened.

The function countFlagged is used to count all the flagged fields in the game state to show the current progress of flagged/total bombs.

Putting all together in App component

Once we have implemented all the game state modifications and checks we can put it all together. The actual game state is initialized and modified in the component App.

The final piece of the puzzle, the App component is the only stateful component that keeps and modifies the game state. The state of the component contains:

The state is initialized at the beginning of the component on a new game state. We use the React lifecycle method componentDidMount to bind two keyboard events onkeydown and onkeyup to track the state of ctrl key. We also start a timer using JavaScript setTimeout function that we use to modify the elapsed seconds state.

The function updateState is used to update the state of the React component using this.setState. This is a HOF (higher-order function) that accepts the actual game state modification function as updateFn as argument. Once the game state is modified, the final state of the component is updated and the UI should be rendered. This function is called on the user generated event onSquareLeftClick. When the ctrl button is down a mine is opened and otherwise mine is marked (or explored).

The actual rendering of the UI is pretty simple. We render a simple menu of three links that allow to start new game with the chosen difficulty. Then we render the MineField component with the current game state and the Timercomponent showing the elapsed seconds. Finally, we render a information on the current status of the game, such as is it completed and number of flagged fields vs total bombs.

Hopefully sharing my solution and explaining it in this post was interesting and learning experience. If you feel inspired to start learning these technologies by implementing your own Minesweeper or other game, that would be great. And finally, it would be perfect if you also share your code and experience.